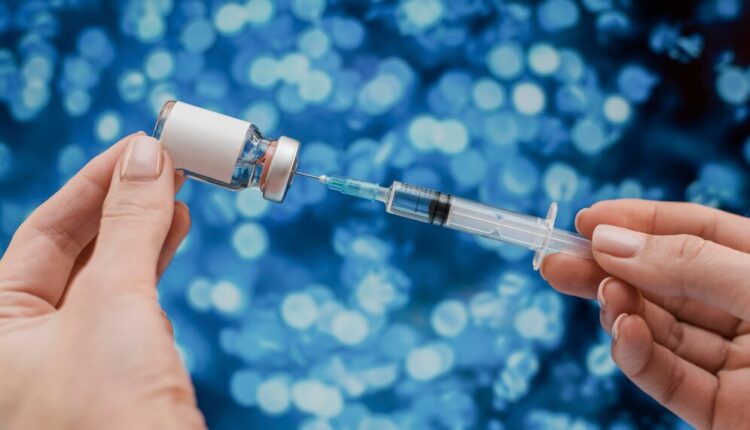 Proteins are composed of minute amino acid chains called peptides. They serve as the foundation for every single protein in our body. Peptides work as bio-regulators, directing the body’s cells and molecules to carry out certain tasks.

Our body spontaneously creates peptides, which are short strings of 3-40 amino acids. These peptides serve as signaling molecules in the body, giving instructions to different cellular components on what tasks to carry out. More than 7,000 peptides have been identified within the human body, and each of these peptides serves a variety of purposes, such as improving mood and cognitive performance, promoting weight reduction, and protecting the immune system.

Since they are minute in size and disintegrate more rapidly than proteins, peptides may be simpler for the body to absorb. They can quickly bypass circulation and can more readily diffuse through the skin cells and intestines. The peptides in supplements may be from either plant or animal sources of protein, such as Eggs, milk, meat, fish, beans, lentils, soy, oats, flaxseeds, hemp seeds, wheat and many more.

Bioactive peptides have a significant effect on the body and can enhance human health; they are of great interest to scientists.

The attributes of various bioactive peptides vary. The order of amino acids they contain determines the consequences they have on the body.

The some of the essential peptide supplements are given below:

Peptide Therapy: What Is It?

Peptides are produced by the body naturally, although each individual’s rate of synthesis varies substantially. Moreover, it has been found that peptide production starts declining with ageing. Peptide treatment can be quite helpful in achieving optimal health in this situation. Peptide therapy is the utilization of peptides to regulate cells to carry out certain tasks that are particular to the peptide being used. Peptide treatment comes in a wide variety of forms since our bodies create so many different kinds of peptides. Each peptide treatment is applied clinically to activate a certain bodily function.

The body receives peptides through peptide treatment through dietary supplements, intravenous injections, or topical creams. The peptides subsequently attach to receptors on the outside of bodily cells, activating or inhibiting different signalling pathways. Peptide treatment can control these pathways, which enables you to delay ageing and enhance your general health.

Because peptides are organic compounds that the body already makes naturally, there is little chance of major adverse effects with peptide treatment.

Peptides are not a novel form of therapy; they have been utilized for a large range of medical issues since the 1920s. There are many distinct peptides utilized now, and more are being developed. Peptide treatments are popular with patients because they are very simple, practical, and effective. Peptide therapy for weight loss and growth hormone peptide therapy seems to have a highly promising future.

Who Is Eligible For Peptide Therapy Treatment?

Peptides are already well-known to the body since it creates and utilizes them during normal biological activities. As a result, peptide treatment has particular benefits that are frequently free of negative side effects. Peptides are bio-identical, which means they share the same structural details as the peptides that the body already naturally produces. Most people might benefit from peptide treatment since they are bio-identical and produced naturally in the body.

Peptides have a wide range of applications, but they are most frequently used by people who wish to lose excess weight, gain muscle, boost testosterone, and fight inflammation. Both the quantity and quality of peptides in your body may decrease as you become older. Peptide treatment can increase your body’s peptide levels, which have anti-ageing properties and can stave against age-related illnesses, including diabetes, dementia, and some forms of cancer. Peptide therapy has the same potential for disease prevention as when it comes to disease treatment.

There are several advantages of using peptides:

Like other peptides, HGH peptides consist of short chains of amino acids, much like proteins. Many diverse foods, including beans, eggs, fish, lentils, pork, and whole grains, contain peptides. Peptides, however, may also be separated to create supplements like HGH Peptides. Human growth hormone (HGH) peptides are made to stimulate your body’s HGH production. The growth hormone peptide therapy seems to be a healthier and much more effective natural alternative treatment than growth steroids.

Peptides have the ability to activate a variety of receptors all over the body depending on the order of the amino acids. Peptides can therefore affect a variety of biological processes.

The precise processes of HGH Peptides are still not entirely established. However, it seems that they function by igniting the pituitary gland. Due to its ability to regulate the number of hormones released into the body, the pituitary gland is known as the “master” gland. The pituitary gland regulates hormones, which are vital for the complete growth and development of the human body. Human growth hormone release throughout the body can be increased when HGH peptides activate the pituitary gland.

The advantages of growth hormone peptide therapy are:

Peptides can definitely assist you in achieving your weight reduction objectives, but they work best in conjunction with changes to other aspects of your lifestyle. Peptides could be able to assist you in losing those final few tough pounds, though, if you believe you’ve tried everything possible in terms of food and activity.

What Are The Benefits Of Peptide Therapy for Weight Loss?

Peptides can assist in weight loss in a variety of ways. For instance, certain peptides can boost the production of HGH. Additionally, you have more strength and energy as a consequence, which can improve your workouts and help you burn more calories.

Particular peptides may even help reduce body fat by speeding up the breakdown of fat cells. Some of the growth peptides are:

Studies on MOTSc reveal that it can improve beta-oxidation, prevent weight gain even in those who consume high-fat diets, and boost thermogenic brown fat.

It has been demonstrated that tesamorelin reduces adipose (fat) tissues in both men and women. Tesamorelin has been shown in studies to improve insulin sensitivity and reduce triglyceride levels in healthy individuals.

This promotes the formation of muscular tissue, which might aid in fat loss and an increase in lean body mass. A CJC 1295 combined DAC treatment boosted protein synthesis, fat loss, and muscle mass in one trial of participants.

Semaglutide mimics glucagon-like peptide-1 (GLP-1), which really can affect the areas of the brain responsible for controlling hunger and food intake. Semaglutide users lost an average of 6% to 12% of the starting weight during studies.

Is The Use Of Peptides Safe?

Peptide therapy is extremely safe since it closely resembles what the body naturally releases. Even synthetic medicines support the same physiological processes as natural peptide therapy, and these striking parallels provide predictable results. Additionally, the danger of side effects is quite minimal because these peptide treatments are physiologically compatible with the body.

Peptides are naturally present in foods that are high in protein. Using pertinent peptide sources or taking peptide supplements is not necessary. Collagen peptides may, however, be taken by certain people in an effort to slow down the ageing process. Others might take creatine peptides to build more muscle and become stronger.

There is currently only a small amount of evidence that these products are effective, and much more research is needed to adequately assess both their safety and effectiveness. It’s feasible that other peptide types will be discovered to provide health benefits as peptide research develops. Before using any supplements, customers should exercise caution and discuss the benefits and risks with their doctor.

Ways to Eat Healthy While Traveling: An Ultimate Guide